Why We Grow -To feed the body and the soul

On the edge of the GTA, just outside the village of Cannington is a log home neatly tucked into the hillside. It is barely visible behind the large Lindens, Spruce and Maples, all planted by the owners, David and Margaret Greaves.

David is the gardener. He says he has been a committed grower since he was a kid growing up on the moors in Yorkshire, England where the garden was essential. There were no supermarkets. Before freezers and refrigeration there was the root cellar where turnips, potatoes, parsnips and carrots were stored by the barrel as well as preserves, dried peas & beans, pickled beets, chutney, virtually anything you can think of in a jar.

His father was an estate farmer responsible for about 150 acres of mixed agriculture and 300 acres of pasture land. His mother fed 5 men everyday from the food they grew. In 1938 they had 2 Italian POW's working for them. They tended to the farm as well as the Victory Garden. 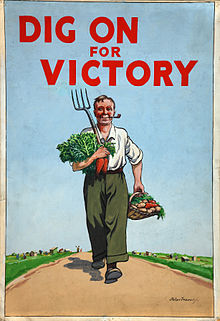 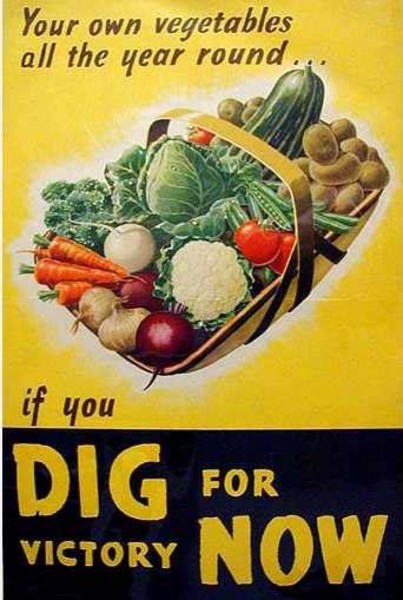 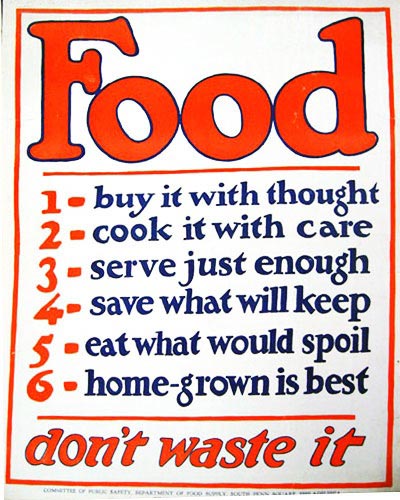 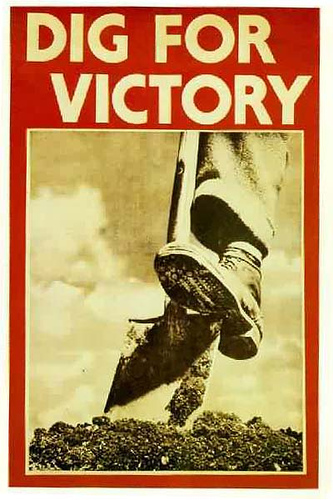 As David talked I tried to calculate the amount of food that would have passed through his mother's kitchen every day: enough to feed 5 grown farming men plus her own growing children, all from the farm and garden. My own garden and cooking goals for a family of 4 feel so achievable! I sympathized with his wish to go back as an adult to the dinner table and listen to the table talk; learning about the tasks at hand, the planning for the season's work, preparations for harvest. To a young boy it probably sounded familiar but not quite comprehensible.

David remembers asking his father, "Why do we garden?" His father answered, "To feed the body and the soul. Veg for food. Flowers feed the soul. You've got to keep them both healthy." I had to ask David why he gardens: "There are deadlines everyday at work. There are no deadlines in the garden. I don't have to think." David maybe more like his father than he will admit. In the garden he can switch off his thinking; he knows his plants, what are weeds, what a healthy plant is.

Today, retired from his business in graphic art and marketing, he gardens for the same reasons. Gardening is therapy. Thinking but not thinking. Although he has been stressed about clients he is not stressed about 2 rows of seeds that are not coming up. He likes the feel of soil in his hands. There's a feeling of accomplishment; nourishing a plant, seeing it flower, surprised by its performance, the anticipation, the waiting and watching. It is about how he feels watching a new variety of Chrysanthemum emerge and grow.

Curious, I asked about his fascination with Chrysanthemums. It's because of his dad. He grew Chrysanthemums and roses. His mother grew sweet peas. David loves dahlias, especially 'Big Bloom', filling up his garden. Apparently his father never showed his flowers. They were for himself. Cut flowers were always on the table. While standing in his own vibrant gardens, towering trees and the log home he designed and had built, he comments that he does not consider himself the success his father was. I wonder if his opinion reflects the difference between childhood impressions and adult reflections.

As a tenant farmer there were certain expectations on not only the farmer but also his wife and children. They were often called to serve in the 'big house', no questions asked. "You always have to answer to someone" was his mother's answer to his complaints about the demands. It seems as though those childhood lessons have followed David into his garden today; self-described as always a servant, managing nature.

I asked if he has a plant lesson to share. He made me laugh out loud. How many of us would agree with "I will never plant Lily of the Valley again"? He thought his plan was flawless: a beautifully scented plant growing as a ground cover with tiny white springtime bells and glossy green leaves as a yearlong ground cover. But browning leaves in midsummer's heat and tenacious roots have left him repeating, "Be careful what you wish for!"

While carpets of Lily of the Valley persist the sweetest success for David is the first bouquet of Chrysanthemums each year. Growing Chrysanthemums is a succession of pampering and watching all year long: from overwintering bulbs in the greenhouse and nursing cuttings in the sun room to digging a big trench to bury the big stools in the garden. The first bourguet is an event each year.

There are favourites in the Chrysanthemum garden: pale mauve "Bill Holden" (a movie star) has huge 8-9" blooms, with deep, rosy-purple centers. David is quick to add that he really likes them all.

TRICKS OF THE TRADE

David says he has no garden tricks to share. Like his dad he doesn't grow his flowers for show but he does prune to 3 laterals to produce show-like blooms. He removes side buds and in the mixed garden he allows a half dozen laterals to form for colour impact.

He has tools that any serious gardener uses; wire frame for trees, a cold frame to harden off hot household plants, a greenhouse. While he waits for 4-6 leaves/plant before hardening them in the cold frame Marigolds are hardy enough to directly bring out for planting. He finds the cold frame saves a lot of time and work.

His father planted by the moon. It was never explained to young David; he just heard the conversations amongst the men. While other farmers were busy preparing and planting fields as early as possible his father wouldn't rush to get on the land and by Fall his fields were always the same as everyone else. In his own gardens David pays attention to frost and temperature forecasts. He uses May 24 as a general planting date but waits for frost often as late as the second week of June.

David is quite content with his landscape. A water feature like a brook or a stream with a pond would be a nice addition but the time allotted for gardening doesn't allow for more. A wise gardener is also a happy gardener.

The property sits on a gravel ridge. With only 6" of topsoil at best David had to bring in topsoil. It was a real test of his gardening skills to look at the roll of the land and the topsoil piles and create a landscape. Towering Lindens and Blue Spruce, clipped Red Currant hedges, a cedar rail edged garden and greenhouse, a dry stone retaining wall and folly are just a few examples of his 30 year creation.

There is one thing that David does every year without fail. He returns the organic matter his land produces each year back into the soil: just leaves and his own compost. His father used 2-3 year aged manure, saved just for the fields. David adds 1 year aged manure to his compost pile (cold compost) and then leaves it for a year. In the Spring after the snakes have left he turns the compost; adding kitchen waste daily - saving some greens for the rabbits, weeds and other green waste are thrown in throughout the season, combined with regular watering, a bio-feed and NO GRASS (it never broke down one year so he quit adding it). He considers the constant soil amending the success of his landscape. Now that there are so many mature trees he doesn't have to search for loads of leaves to be brought in; he has plenty for mulching, composting and saving. While a new landscape and hills of topsoil may have been a challenge taking time to build his soil has been his greatest success: an investment that shows returns "10 years from now." As a fellow gardener I would agree. His good soil management has annual returns.

As we talked and made our way through the potted plants on the back porch steps David stops to tell me about an incredible Geranium standard they had for 30 years. Every year was a flower show. Last year it had over 20 blooms all over the crown. It died suddenly and left them devastated. You can't nurture something that long and not feel a loss!

Our meandering took us past the roses still blooming on the fence rails; big, round hips hung in generous clusters. A favourite of Cedar Waxwings and Chipmunks, they attract a host of wildlife. David used to collect rose hips as a school boy in England as a part of the Hedgerow Harvest program promoted by the British Ministry of Food. During WW II the public were encouraged to forage the woodlands and hedgerows to supplement their food rations. Rosehips were high in Vitamin C and an easy to find alternative to the interrupted shipments of oranges during the war. David remembers earning a penny a pound. Families used to collect rose hips in the countryside and bring them to their local school where designated processing companies turned it into syrup.

A teaspoonful of rose hip syrup a day will supply half the vitamin C needs of a child. It can be taken neat or diluted with water, and has a pleasant flavour. Plans are being made for another collection of rose hips on a national scale this year.

David recalls lining up at school for 1 teaspoon of Rosehip syrup and 1 teaspoon of Cod liver Oil. "I don't recall too many of us staying home sick in those days".

Growing takes time. We wait and watch as each season changes, evaluating and measuring last year's work and forecasting future growth. "There's always next year" is a common saying. David's wish is what often repeats in our hearts; a chance to ask those before us just one more thing.

I wish my dad could come back so I could ask him some questions.

Why We Grow - I want my kids to know where food comes from, how it grows and how to live a healthy l